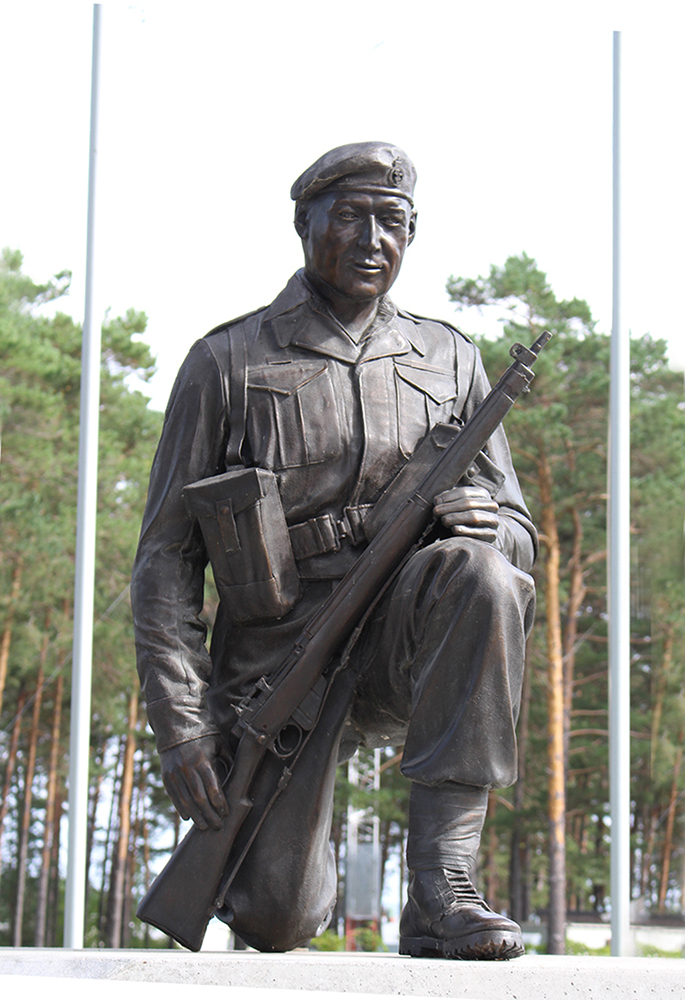 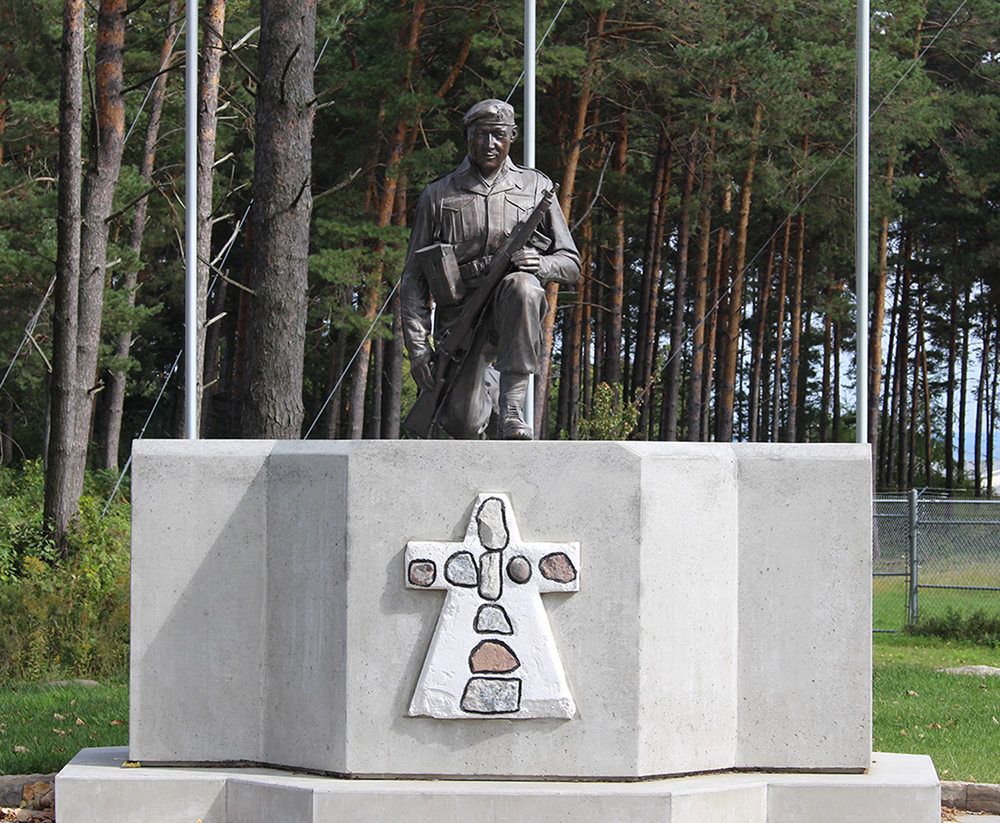 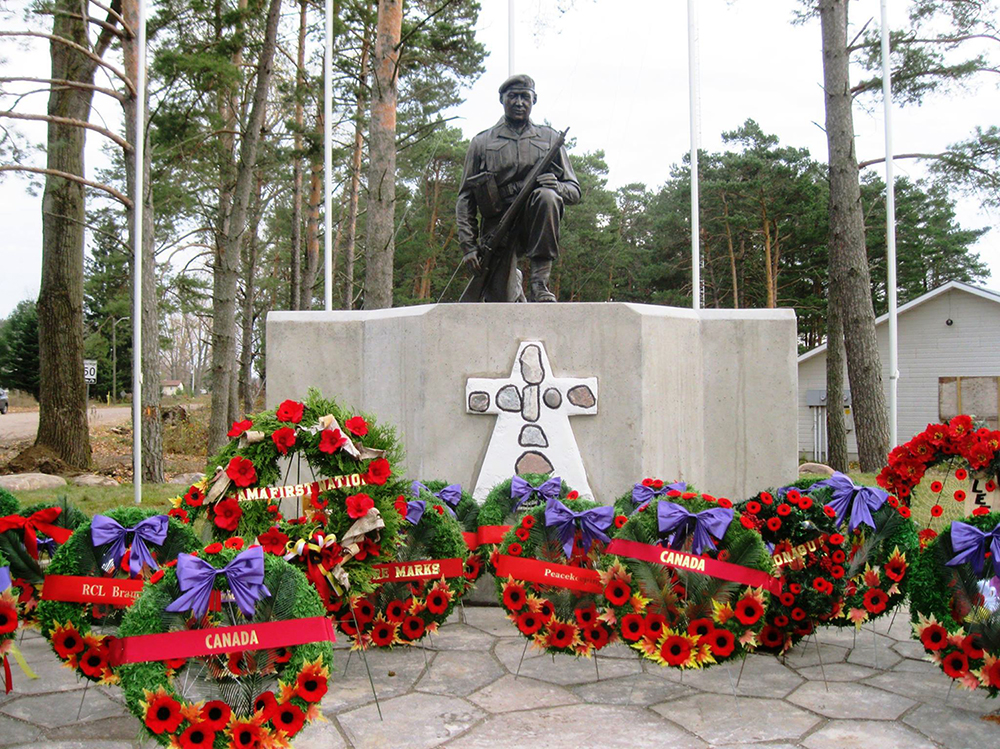 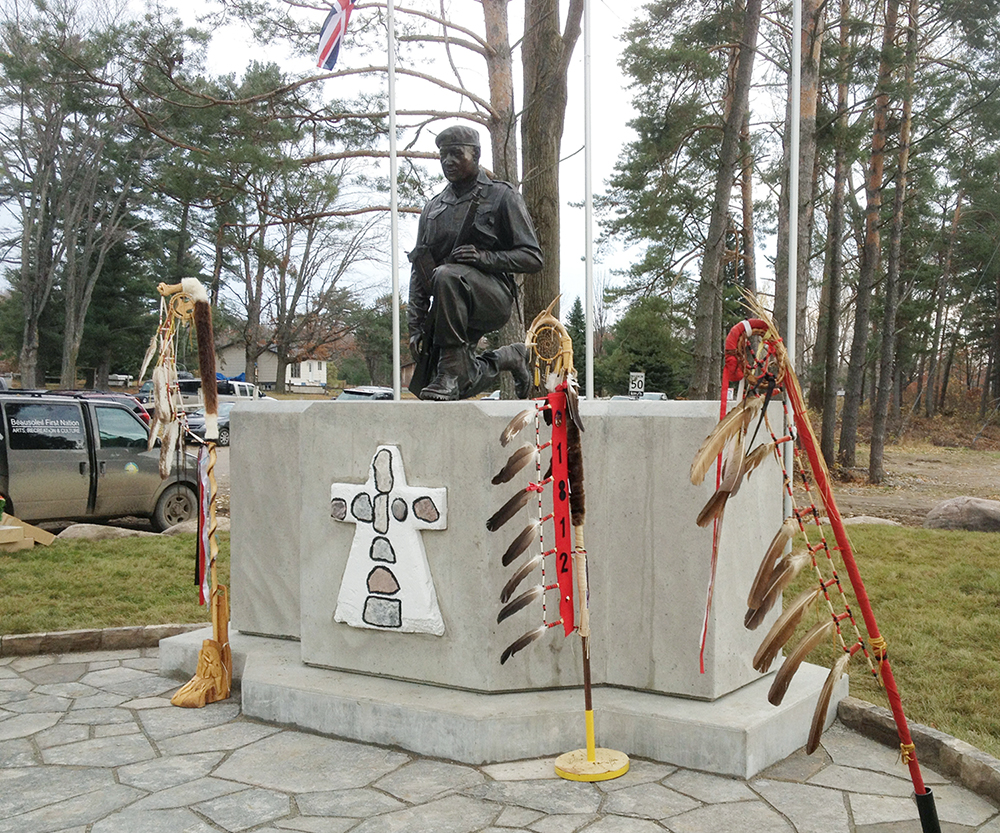 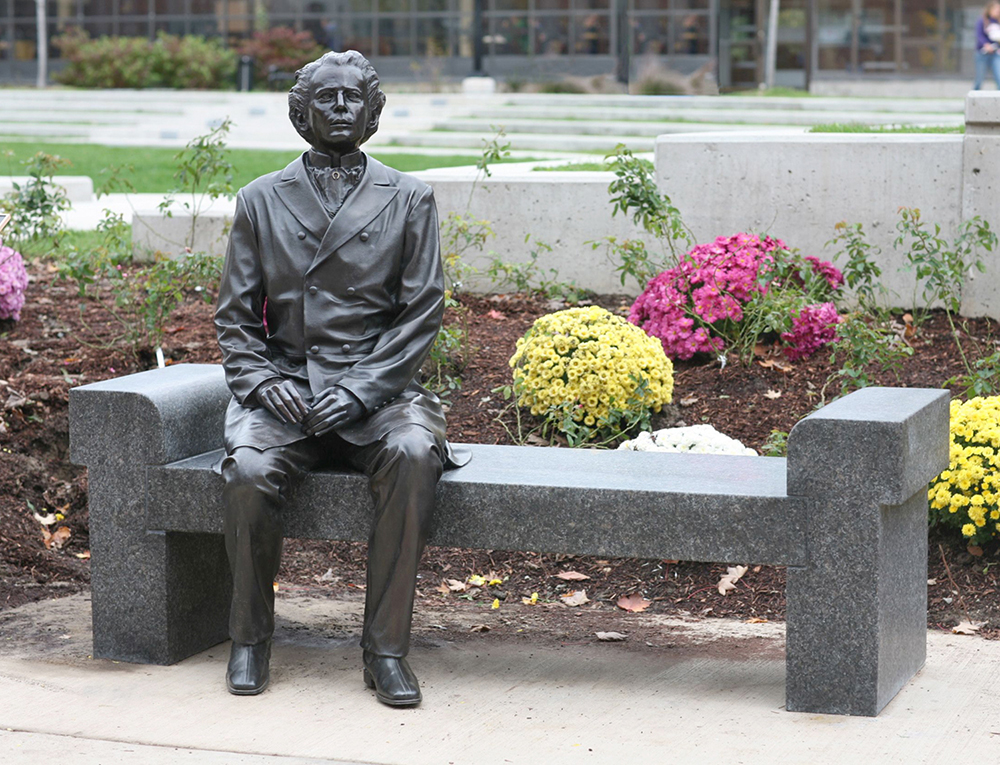 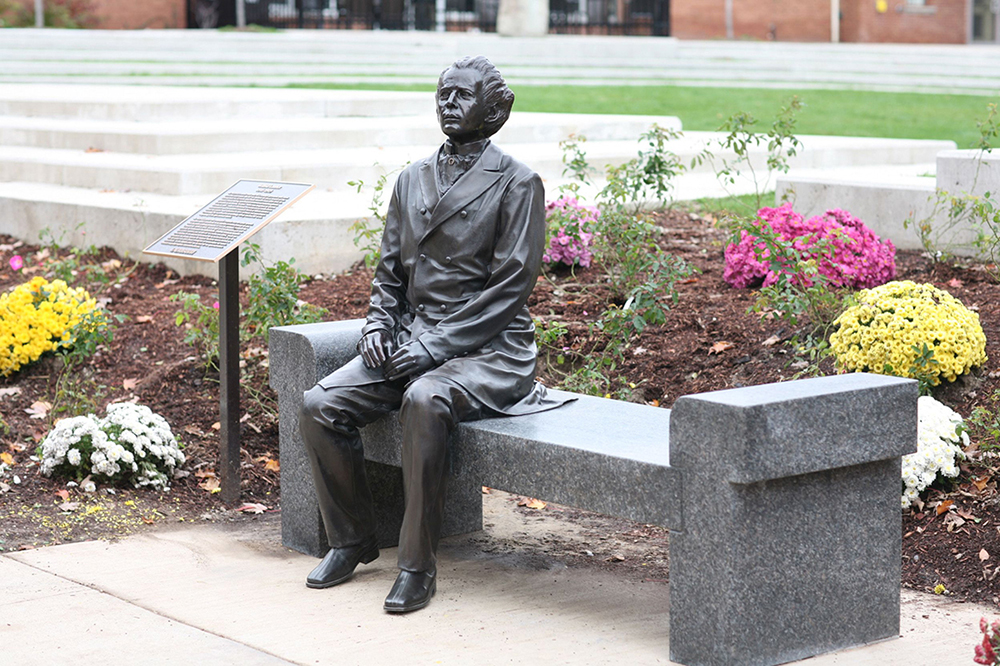 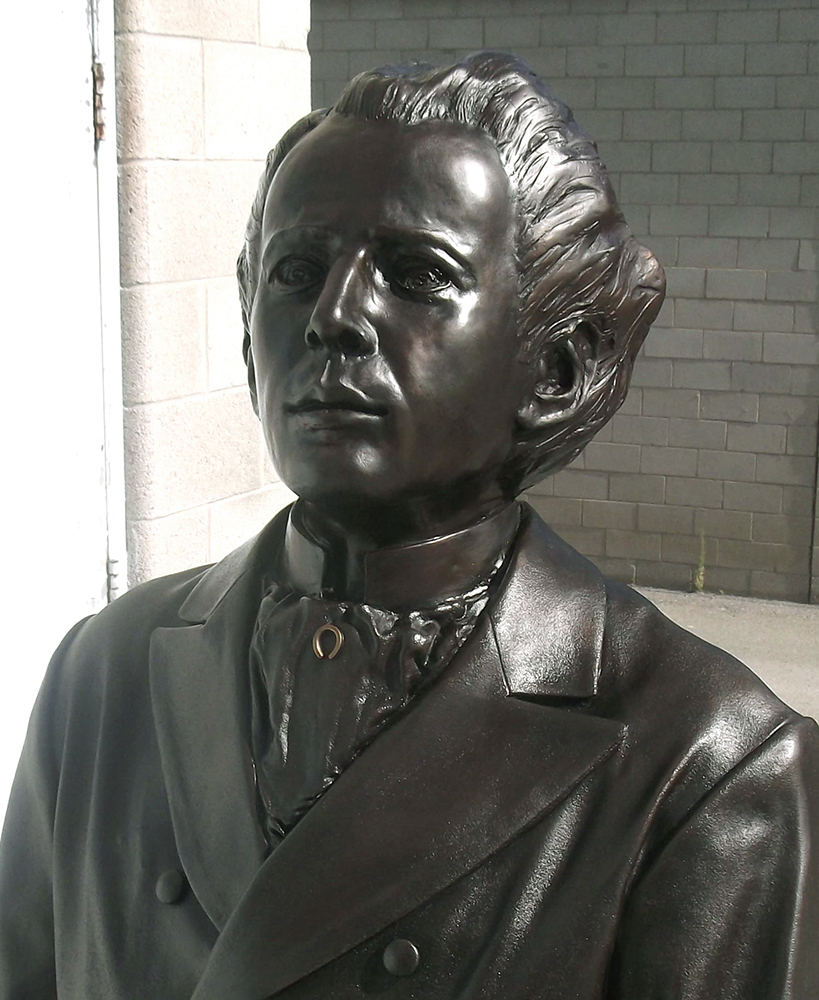 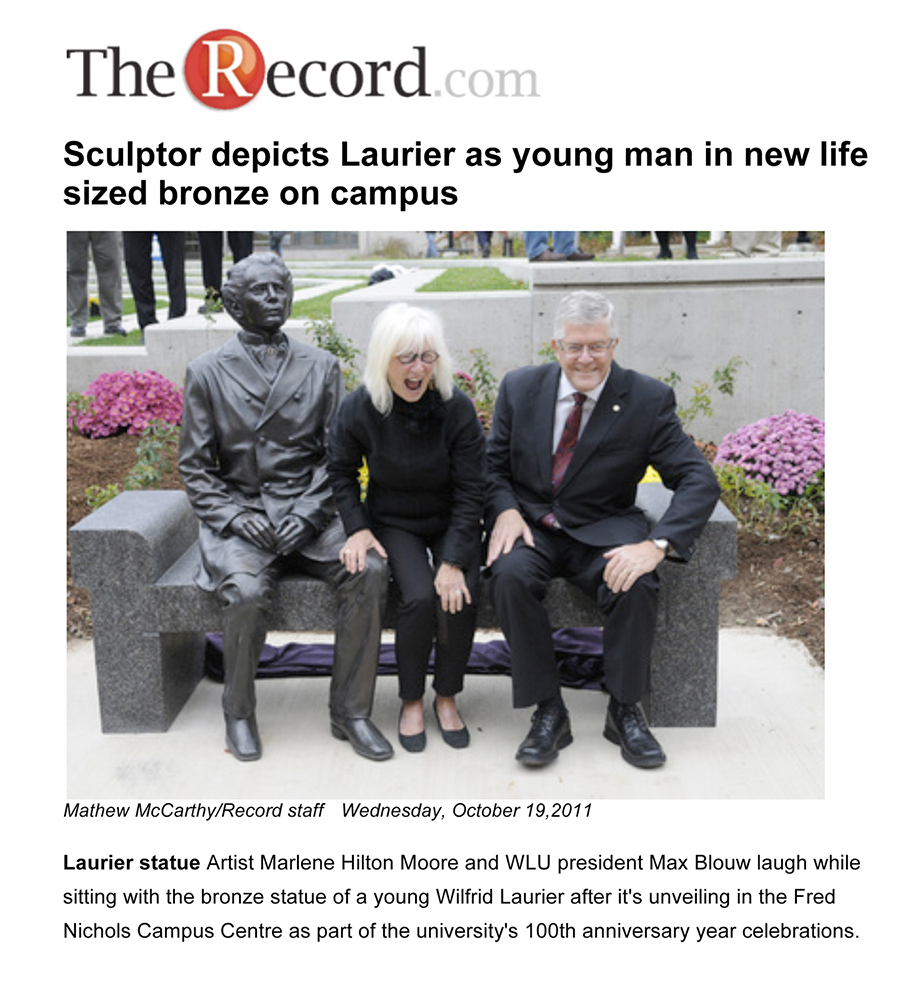 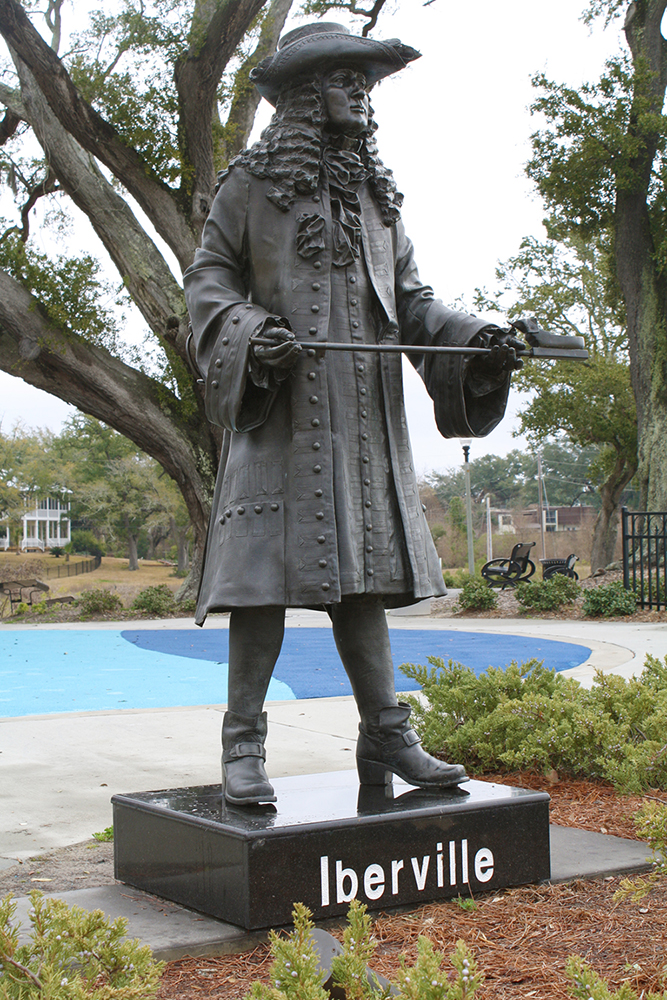 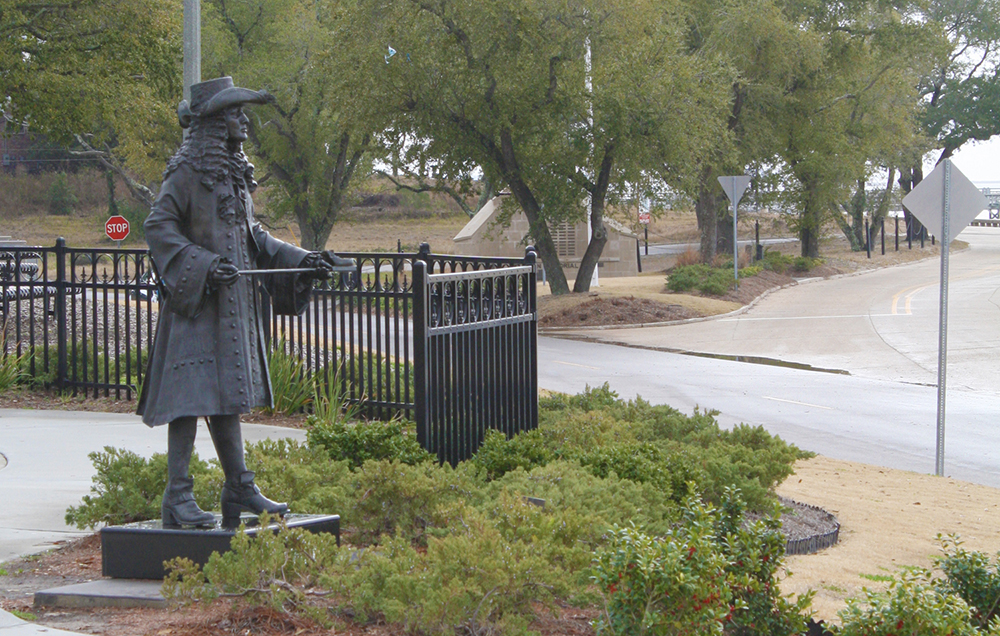 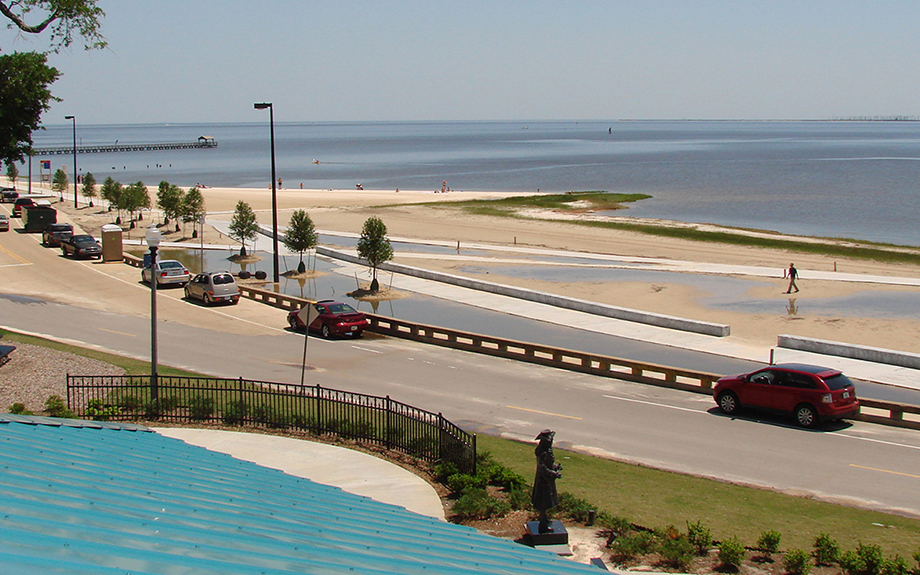 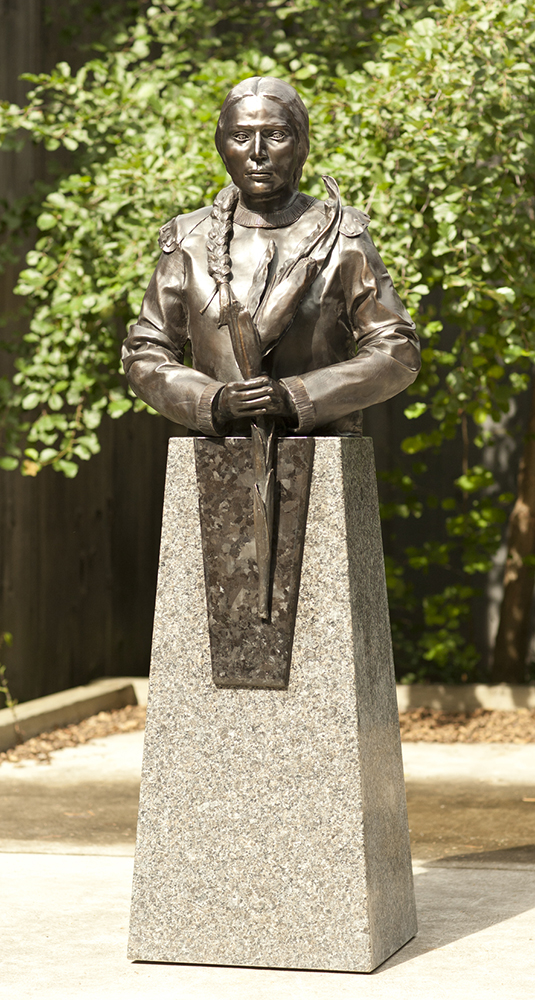 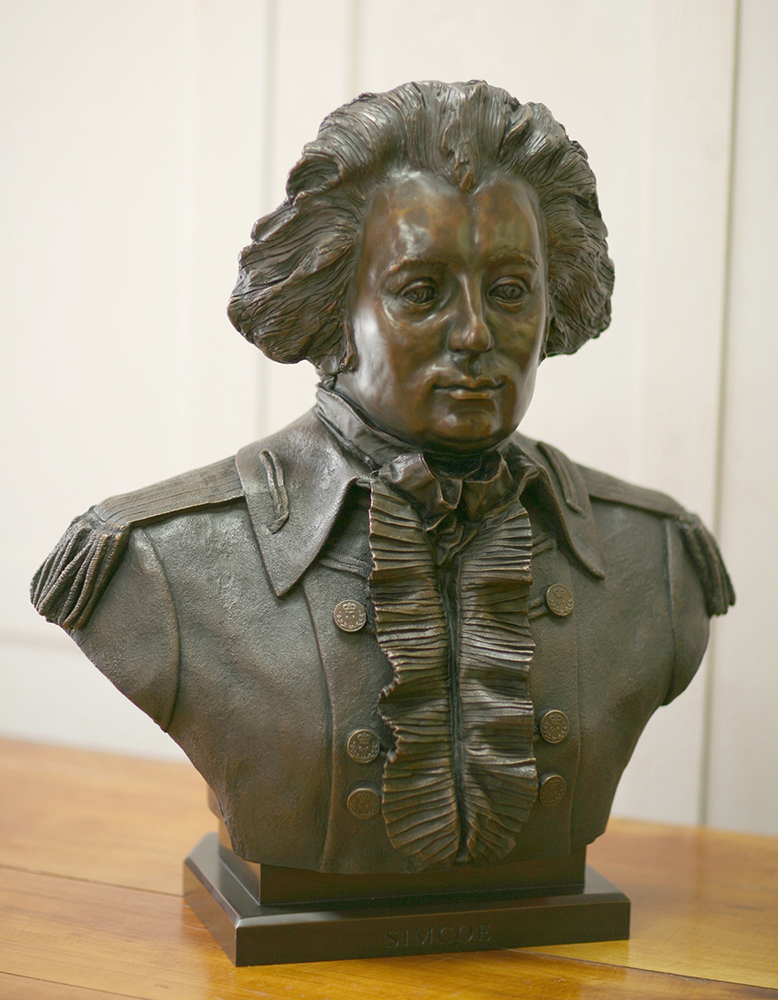 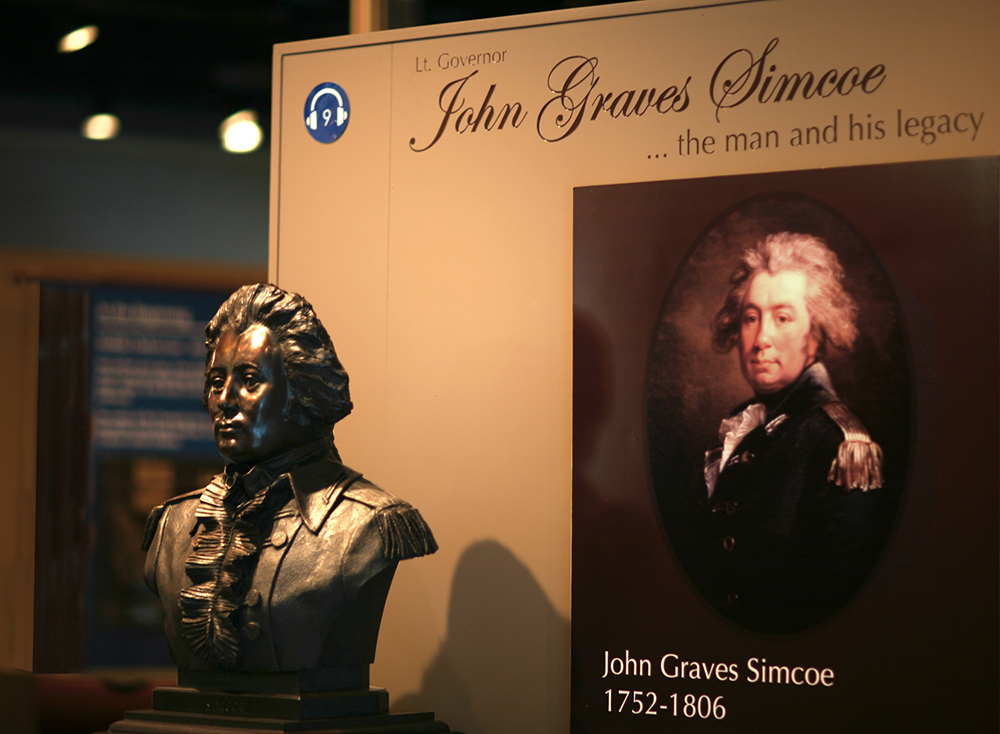 This life-size bronze sculpture, Sir Wilfrid Laurier, depicted as a young newly elected MP at the beginning of his spectacular career, resonates in a university setting. Carved into the artist-designed granite bench upon which Laurier is seated is Laurier’s quote, “I am a Canadian. Canada has been the inspiration of my life.”

This life-size bronze sculpture, Pierre le Moyne, Sieur d’Iberville, was commissioned for Fort Maurepas Park, of the City of Ocean Springs, Mississippi, to commemorate the founding of Fort Maurepas. This sculpture of d’Iberville shows him holding the ship-shaped calumet he presented to the Bayagoula Native Peoples at the time of his discovery of the mouth of the Mississippi River.

The Petun Woman, a bronze bust on a granite base, was commissioned by the Simcoe County Museum for its Sensory Garden.  The Petun Woman symbolically holds a stalk of corn representing the tending of food and nurturing of her nation.
-
John Graves Simcoe     2008

County of Simcoe Commission, Midhurst, ON

Marlene Hilton Moore/Merhm . Copyright 2018 . This email address is being protected from spambots. You need JavaScript enabled to view it.